Put on a Hat 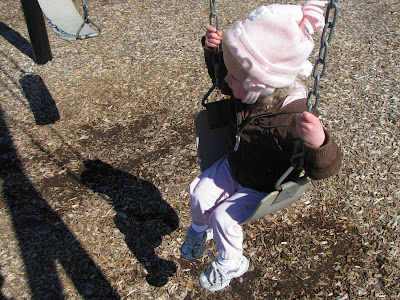 In seventh grade, I tried out for the basketball team. A head shorter than most of my classmates and as sturdy as a toothpick, basketball was not a natural fit. My skills with a ball didn't intimidate any more than my size. But the coach, Miss Traub, saw something worth developing. I don't know if she thought I had any abilities as an athlete, or just saw a kid who she could help. Regardless, she gave me a spot on the team sharing a uniform with two other girls so that she wouldn't have to cut any of us and could still keep her roster to the allotted number. I had never heard of a coach doing anything like that before, and I haven't seen another do it since.

As we traveled that winter to and from practice or games, Miss Traub had one requirement: everyone wore a hat. Today, we were halfway to the playground when I felt the wind's chilly sting on my ears and told Audrey she had to wear a hat. I remembered Miss Traub and the groans she endured each time she told us to grab our hats. I found myself dwelling on her as I spotted Audrey on the monkey bars, hoping that that season of basketball had been worth her time, because that one season was worth mine.

Despite Miss Traub's best efforts, I never turned into much of a ball player. But I am grateful that I was given a chance to share a uniform and Miss Traub's time. I hope that Audrey has a Miss Traub to show her that all of us (the most talented and the least) are all worth being told to put on a hat.

For those of you with warm weather, I hope you are out enjoying it. If it's cold where you are, bundle up. Put on a hat.
Posted by kristin at 3:40 PM