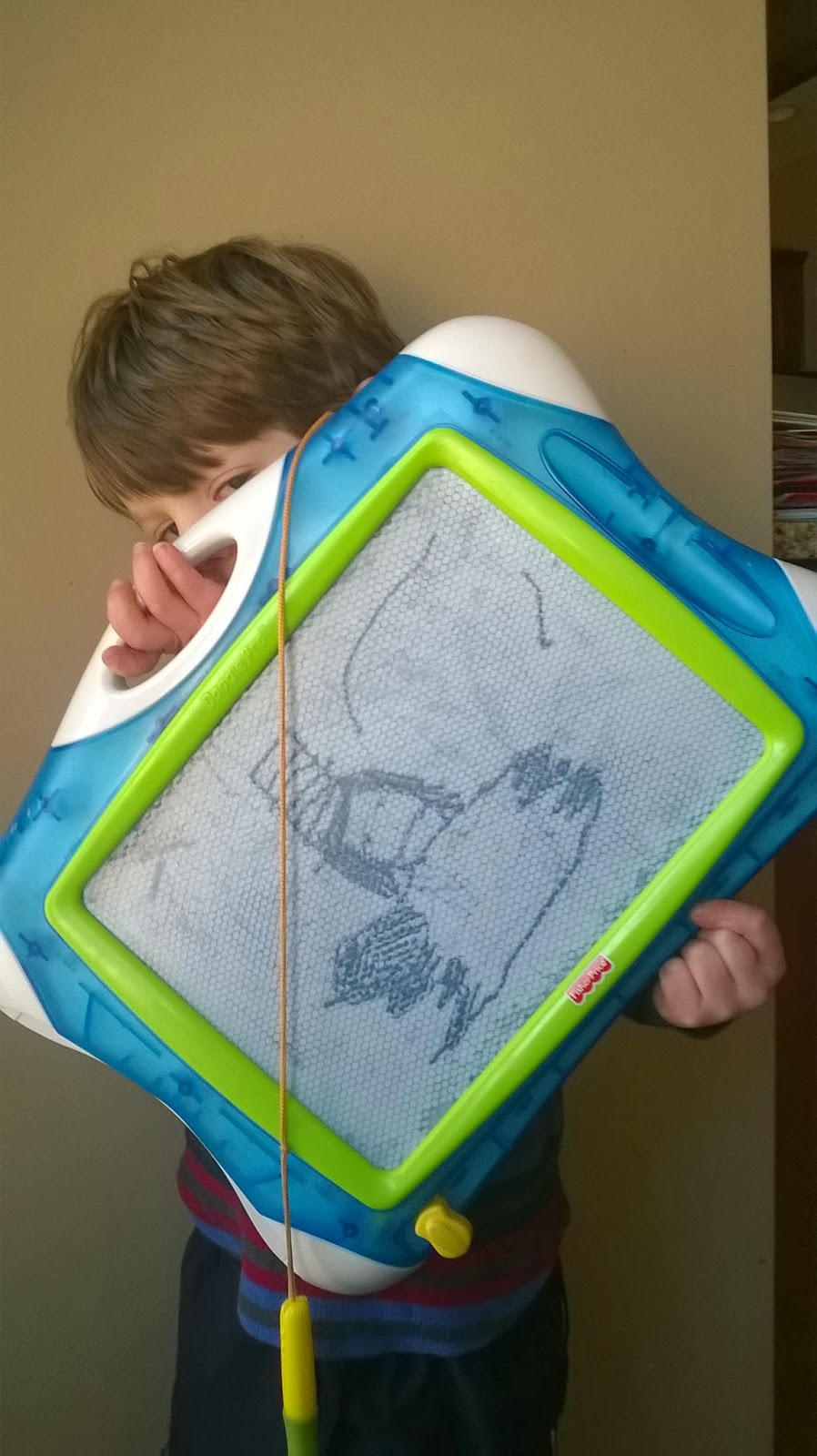 Last night, I found my little artist asleep in his bed with the etch 'n sketch on top of him.  I moved the etch 'n sketch to his desk.  This morning, I overheard him telling his brother about his latest drawing.  "This is a picture of Daddy as a kid.  See, he has hair."  (He apparently also resembled Johnny Depp characters from the 80's as a child.)
I just returned from spending a weekend with my little sister's family in California (a Christmas present from the guy captured in the drawing above - Jason, not Johnny Depp).  As I spend this week playing catch-up with housework and schoolwork, Nate's words resonate.  Some of us don't have as much hair as we used to.  (In Jason's defense: he has hair - shaved very short.)  Time marches on.  Except for on this blog, where apparently, time has stood still since December 14th.  I've recorded moments on my camera.  I've recorded a few moments in texts and on paper.  I have recorded nothing here, each time thinking that first I would get to the Christmas blogs, the December birthday blogs, the winter snow scene blogs.  I haven't gotten to any of those blogs.  Instead, I have backlogs.
So in the spirit of moving forward, I'm pulling out the notes on scrap paper and scanning through old texts in hopes of writing down a few captured moments here in the days to come that I don't want to forget.  But first (in full disclosure, lest some of these moments not make sense), I should mention this:
﻿ 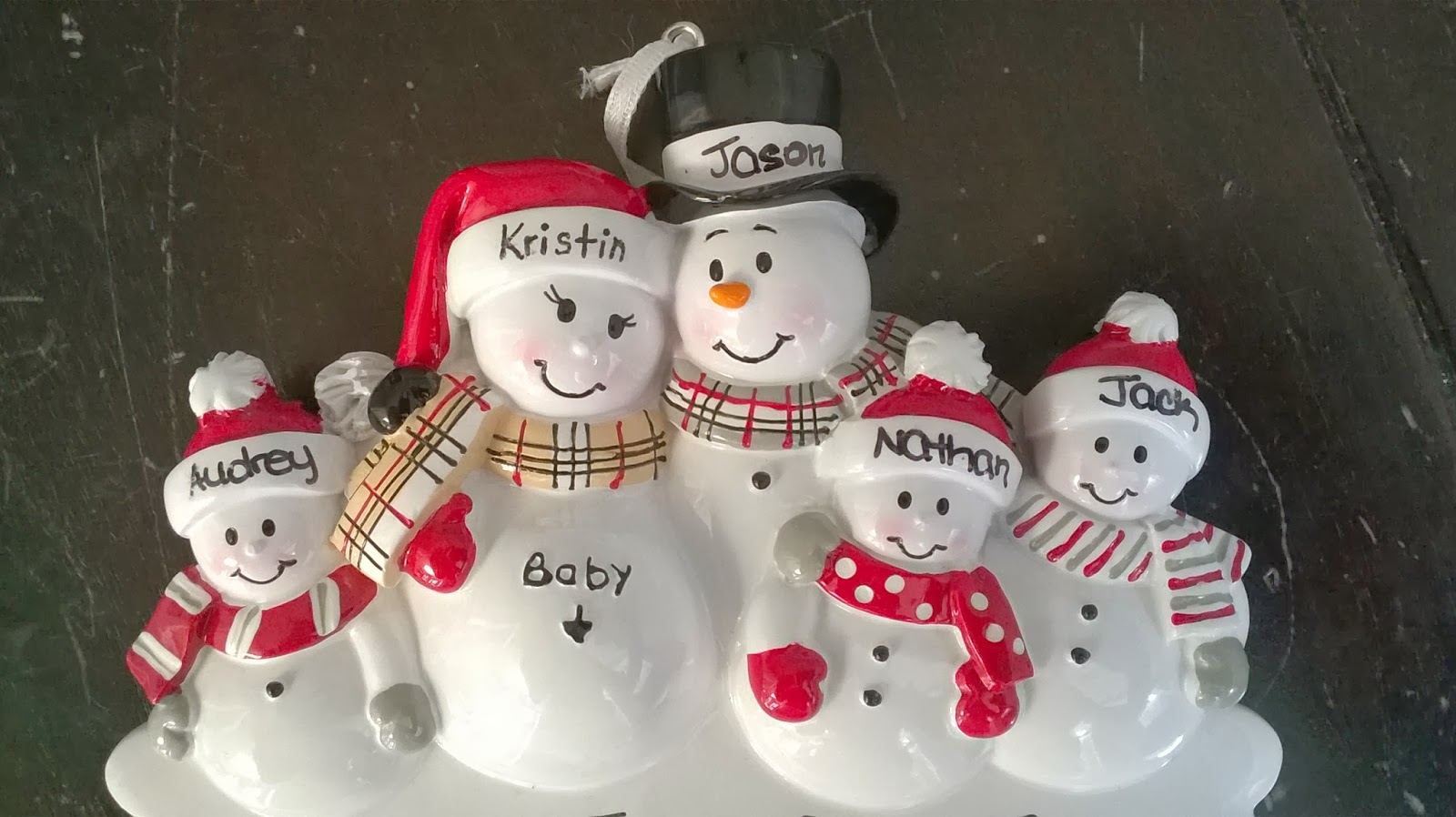 We've been counting down the days in weeks around here.  Twenty-eight to be exact.  We spent the days before Christmas sharing our news with family and close friends.  Our children spent those days telling anyone in sight.

One afternoon, I took the kids to a homeschool Christmas party.  The hostess held a nativity before the kids and began retelling the Christmas story.  She reached the part where Gabriel visits Mary to give her the news that she'll soon have a child.  "My mom is getting a baby!" Audrey piped up.  A few of the mothers sitting next to me turned with upraised eyebrows.  Nothing like upstaging Jesus at Christmas.

Each snowy winter, the kids get out and make snowmen.  Families of snowmen.  This year was no exception.  After the first big snow, the scene out our window looked very much like the ornament above, with the snowmen spaced a bit farther apart.  Audrey was the architect and general contractor of the operation.  "Did you make the baby?" Jason asked as she came inside.

That's how it goes as we ease slowly out of winter into the days of coming sun.  Time marches on: and what we're lacking in hair, we're making up for in baby weight.
Posted by kristin at 4:58 PM No comments: