For Posterity's Sake: Catching Up (Week In Review 122) 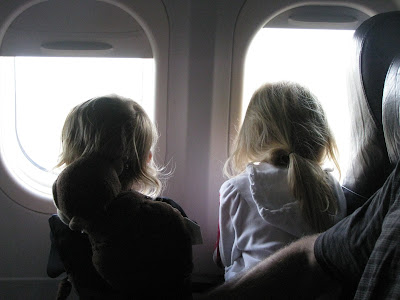 As a kid, I loved the book The Lion, The Witch and The Wardrobe. I was taken from the moment Lucy pushed through the fur coats of the wardrobe and felt the bristle of pine needles from a forest unknown brush her face. Stepping through a door into a world all my own - one of adventure, popping with magic - was a secret I wanted in on. Not knowing of any such door, I created what secret spaces I could (a library under the frame of my bed, a second on the top shelf of my closet), places requiring a flashlight, stack of fiction, and tolerance for cramped quarters.

The first week of September, Audrey and I were attending a meeting at church when she had to use the bathroom. Drying her hands, she asked, "where does that door go?" Before I could answer, she opened the closet door reflected in the bathroom mirror, a door that I must have looked at a hundred times without ever seeing. We didn't delve into the closet to explore what hid behind the hanging clothes, but as has happened countless times the past five years, I left with my eyes opened wider and my imagination tripped. The past several months have reminded me of the magic in plain sight as our family has taken on new adventures at home and an ocean away. Jason and I ventured to Rome for a belated ten-year anniversary celebration; our family ventured with some of our closest friends to Disney World; and at home, we ventured into homeschooling (more on that later). As I finally buckle down to the job of "getting back on track" (uploading pictures that date back to summer, clearing away the remnants of a recent fifth birthday celebration, and wiping down the fifth chair in the kitchen that designates Jack's new place at the dinner table), I can't help but feel the sensation of something small, yet real, prickling around me - pine needles against cheeks. I think we may have just walked through a door.

But before we address the magic of the days at hand, a quick look back to magic past:

Jack's eyes are the shade of Becoming. They are not the Ball jar blue of his siblings, reflecting the light of fireflies, making it their own. His are embers of flint, slowly burning their own fire, shape and path unknown. While the rest of us wonder who he will become, he seems to know himself just fine, speaking (or screaming) his mind and threatening to crawl at any moment. The only sure fact, as a smile sends sparks to his eyes, is that his fire is catching.

Nate still prefers to let his actions do the talking as he catapults himself from the rocking chair into his brother's crib (with Jack in the crib, usually asleep), or soothes Jack's cries by picking up a bottle (and the slack) when he notices my hands are busy, or balances said bottle on Jack's head as if it's his latest party trick. He refuses to say "please," but can be coerced into saying "ooh la la" when receiving a meal, and says "elbow" just because he can. Of course, who needs words, when plugging your fingers in your ears and laughing when your sister begins to sing gets your point across just fine.

Audrey, as always, speaks for herself.

"I love you so much that if I woke up and you were dead, I'd cry." Thanks, honey. That's sweet. And morbid.


One Sunday I was sick in bed with a stomach bug. Audrey brought me up a glass of water and placed it on the nightstand. I asked if she could hand it to me. "I don't know if we're allowed to drink in bed," she said with a sly smile.

On her father:
"Why are you so competitive?" she asked while trying to win an argument during an international phone call.


"I'm kind of a big deal," Jason said, attempting to keep a straight face at dinner one night.

"You're just a box with old numbers in it," said Audrey.

On faith:
While at my parents' house during a visit from my little sister, Audrey informed her aunt that when she's afraid, she just puts her trust in God. Later, she asked me to push her on a decades-old swing hung from a tree branch. After checking out the rusted chains, she said, "I'm a little afraid that branch might fall down, but I'm putting my trust in God." I warned God that He'd have a real uphill battle on His hands if that branch gave way.

I was attempting to change one of the boys' diapers so we could leave to meet my sister. Audrey kept jumping in the way. "Audrey, I need you to move so we can go see Aunt Ashley. Can you choose to be crazy another day?" I asked.

One Friday morning, I sat Jack down in my closet to roll around while I got ready, thinking I had saved him from possible roughhousing by his siblings. Audrey, not realizing he was in there, dashed through the door looking for me, stepping on her brother's face. Jack cried, but quickly recovered. Audrey shrieked inconsolably, flailing her arms and pointing at something on the carpet. Finally, I saw the twig she was motioning to, which she had mistaken for something that had once been a part of her brother's face. (What's that you say? You don't all have random twigs hiding in your closets waiting to be mistaken for body parts?)

Nate likes to wipe up the table after he's eaten. One afternoon after lunch, I noticed a washcloth on the floor and handed it back to him. As I handed it over, I heard Audrey say "no." She was sitting to his left. I was trying to keep Nate occupied while I finished the dishes and told her it was fine. "No it's not. He threw it at me twice," she said.

"Audrey, you're sitting over there now. He can't reach you. It's fine."

"How would you like it if he threw it at you twice?" she asked.


A couple weeks later, I found Nate dressed in a blue dress while Audrey played princess and referred to him as "stepsister".

"There's a difference?" I asked.

"Yes. You have to hold your powerhouse in. Wanna see?"

(Apparently, the three times I've convinced her to do my Pilates DVD with me, were three too many. She also enjoys instructing me to "squeeze my tushie" - while we shop for groceries.)

On women:
One afternoon, I overheard Audrey teaching Nate about women. I'm not sure what secrets she revealed, other than "look at my pretty shoes."

On things that may or may not exist:

"You know that Humpty Dumpty? I don't think he's in real life."


One night, Jason and Audrey were talking about a crab that Jason had made up (during a previous dinner) and tried to convince Audrey was real, but too fast for her to see. Audrey was revisiting the topic, asking if the crab really existed, her expression doubtful.

"You've never met my dad, but it doesn't mean I don't have one," Jason argued.

As I made dinner one day, Audrey asked me about fires and how we would exit the house from every room were a fire to start. After covering the plan room-by-room, she said, "If there's a fire, I'm grabbing that, that, that (pointing to the last three Lowe's Build and Grow clinic models she had made) and the chocolate bon bons."

On housework:
"I put Jack's clothes on top of his dresser. I was going to put them away, but I didn't understand it." (Referring to my organization of the drawers.)

On having too few or too many:

One weekend, while shopping for groceries, Audrey wanted to ask the cashier for stickers. She forgot. She remembered while leaving the store. Jason told her to not worry about it this time, and maybe she could ask for double next time.

We tried to explain that it was twice the amount. After a few failed attempts on my part, Jason said, "it's a lot."

"Eat double that and you can have your milk," he said. "Do you remember what double is?"


While doing puzzles with her Uncle Boo, Audrey lost one of the pieces.

"You have to find that missing piece," I said.

This summer, we thought we might be moving to England for a few months. The children got passports. Jason and I discussed school options and that we thought it might be harder for Audrey to transition abroad if she had started, and been pulled out of, preschool. We waited to hear if we would move. We heard nothing. Tuition came due. A choice had to be made. I chose to homeschool this year and called the preschool to say Audrey wouldn't be attending. We got the call saying the move had been approved, but by the time Jason's work visa could be acquired, he might be finished with the majority of his work in Europe and onto Brazil. We stayed in the Midwest, but decided with Jason's travel schedule to move forward with plans to homeschool.

I broke the news to Audrey while driving in the car. I tried to win her over with the positives (lunches with Daddy when he's able to work from home or we're able to travel to his office, the ability to study subjects in which she's interested, and lots of field trips). She asked what I wanted to do during school this year. "I want to take field trips," I said.


One day, after reading a story, Audrey decided to copy some of the words she saw printed on the book's pages to practice her handwriting. After a few minutes she asked, "Mom, can you get me a drink, because writing a story does make us thirsty."


We've been reading BOB pre-reader books to practice reading skills. Some of the books feature characters who look like shapes and do various activities that highlight shapes. After reading one such book, I asked, "What shape is Seth hiding in?"

"What makes it a square?"


One afternoon, she was completing a worksheet with a picture of a frog on top. I asked her to name the animal at the top of the page. She studied the frog for a minute before nodding her head decisively. "Cathy," she said.

"I know. Thanks for the opportunity."

"Honey, I was there when you were born."


I was there the day Audrey and each of her brothers were born. While I knew on those days that they had begun for us a world anew, I could not see past the tight grip of their fingers or wrinkled brows, past a set of toes and fingers longer than I had expected, or the cry that subsided as long as I was willing to snuggle. I could not see this day, begun with two big kids climbing into bed to stretch and yawn the day into being, the oldest now five, teaching me to learn all over again, the youngest ignoring my requests to stop growing and pace himself, for his mother's sake. The middle one, content to move at his own perfect pace, taking time to beat his imaginary drum at all music he hears, reminds me: be still and watch, the magic is here - no flashlights or wardrobes necessary.