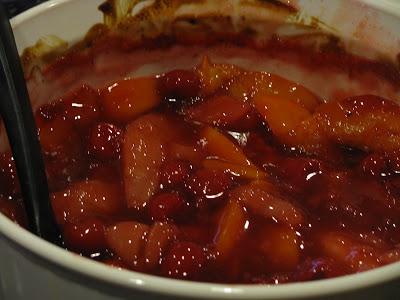 This morning, I awoke to bright sun, and it was glorious. Almost. My sinuses had decided to declare war - kamikaze style. Still, I persevered. The morning was productive, bouts of play interspersed with bouts of chipping away at a deskful of clutter.

Outside, it was 58 degrees. Kids trickled outside all afternoon, their numbers increasing with each bus drop-off and parents' commutes from driveways to backyards. I couldn't wait to get outside and spend the afternoon "finding spring" with Audrey. I had a plan. It was glorious. Almost.

First, Audrey ignored my warning about her decibel level while singing and woke her brother. In a rare display of fussiness, he could not be comforted until I resorted to cozing him into the infant carrier and walking around the house with him as my kangaroo pup. Out her usual one-on-one time, Audrey resorted to the any-attention (read: negative)-is-good-attention mindset. She brought her A game, as did I. She upped the ante. I bluffed with the best of them. We carried on this way until well after her father arrived home. I kept hoping for a mulligan. But they don't have mulligans in poker (or parenting). Finally, she called, and there I was forced to play my hand. I went all in. No walk to the playground. No finding spring.

An afternoon spent in a behavioral stalemate while the first warm day of spring slips you by is anything but glorious, no matter how necessary. The day may have gone down like a sinking ship, but thanks to a fun bath time and a favorite dish, the evening was rescued.

I informed Audrey that I had made a favorite dish of hers, a dish that my mother used to make for my sisters and me, one I have been referring to as Hot Fruit (I can't remember what we called it growing up). She smiled, excited. Then she said, "I wasn't very nice today," followed by an apology. I might just have to rename the dish - something more in keeping with its superhero powers. Hot Damn! Fruit, at the very least.


Hot (Damn! Wonder Woman Wishes She Had Some of This Hiding Under Her Cape - Toddler Apology-Inducing) Fruit:

Drain the pears and peaches. Combine all items in an oven-safe dish. Bake on 350 degrees for 40-60 minutes. Stir occasionally (although, given the days events, stirring took a backseat tonight and it turned out just fine). Glorious.


(The picture above doesn't do the dish justice, but that's what happens when the day and good natural lighting pass you by).
Posted by kristin at 8:22 PM