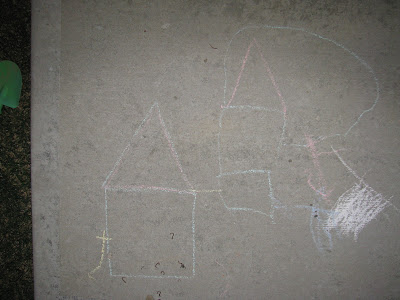 What, you ask, happens on a Pancake & Waffle Day (or Audrey & Daddy Day)? I came home Saturday night to find us the proud new owners of a tee ball set and a new baseball swing. New puzzles were stacked on the counter. Outside, lay the remnants of a house drawing lesson. (You see the line drawn between the houses? Audrey told her Daddy she had "attached" their houses). 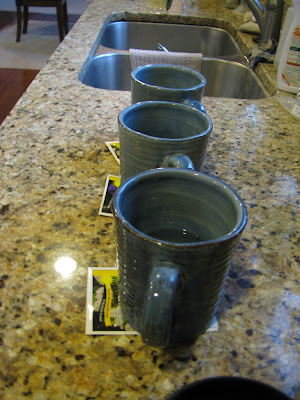 The kitchen counter was punctuated with three blue mugs filled with water and germinating seeds. Which led... 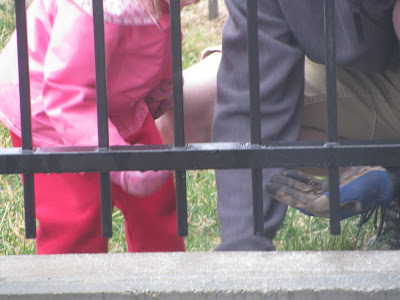 to Pancake & Waffle Day: the sequel. Sunday was rainy. The connected houses had washed away. But the seeds were ready, so Jason went ahead with the planting. He assumed he'd be planting in the damp alone. But no sooner had he wrapped his fingers around the handle of a blue mug and Audrey was running to the closet for her coat and hat. 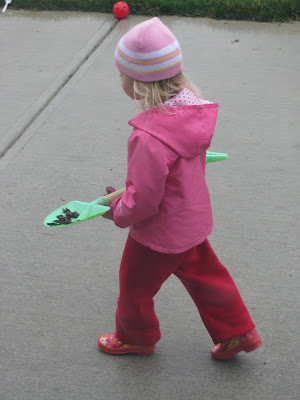 Granted, he did do most of the planting himself while she spent her time, shovel and worms in hand. 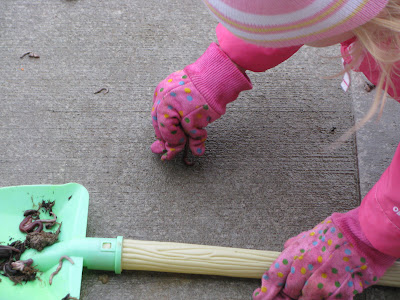 Until, she had amassed quite a collection (and told a few stories about salamanders and other such creatures), 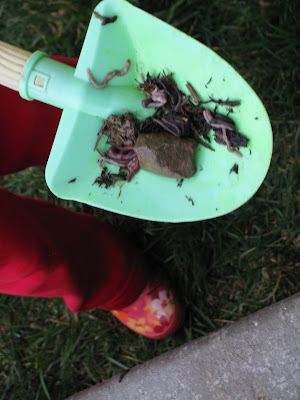 who needed to find a new home, which Jason helped her dig in the garden. Ahh, those pancakes and waffles. I just can't seem to get my fill. 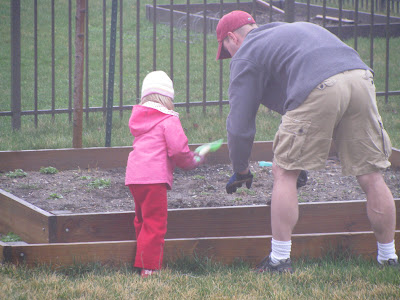