For Posterity's Sake: Week in Review 92 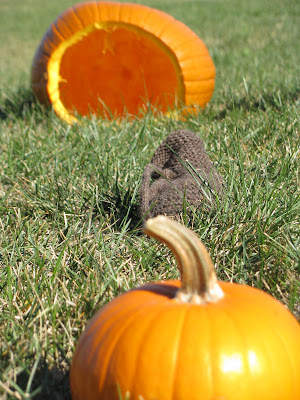 Transitions and the Names by Which we Call Ourselves:

We have felt like a family in transition for months. All signs point to it: a change in management and focus at Jason's job; leaves in all colors and stages of decay scattered about the yard; house organization and reorganization projects planned; and kids growing before our eyes. Of course, nothing emphasizes transition more than a ten-month-old steadying himself on his feet for a few seconds for the first time, or a growing-out-of-her-three-year-old status daughter letting you know how she sees the world, or more particularly, how she sees you.

Audrey's transitions often involve a change in titles. I remember the first time she stopped calling me mama or mommy and referred to me as mother, for weeks. Wednesday, she tried out a new tag. She called me Big Mama. Nonchalantly. Almost in passing. Attached to some mundane phrase like, what are you doing, Big Mama?

By the afternoon, she had decided I was something else. It began with an altercation of sorts. Audrey was hanging upside down, her hair fair game to her little brother's fingers. He took advantage, grabbing a handful. When I told him "no," he loosened his grip. I told Audrey to step away. She body slammed her brother, instead. I told her to go cool off in her room. She refused. I gave her the option of going to her room or having a bag of candy she had been gifted tossed in the garbage. She didn't move. I tossed the candy. She decided I belonged there as well. "I'm going to throw you in the trash!" she said.

An hour later she had, once again, traded her vocabulary. "Mom, you are the best girl in the whole world," she said, spontaneously. I guess she decided to recycle me.

Audrey's problem-solving skills never fail to show me just how quickly she's shedding her toddler skin. She was invited to spend the night with a friend on Thursday night. Of course, her suitcase would not be properly packed without a favorite toy, or twelve. I told Audrey she could take two stuffed animals and one ball. She packed four bags and stashed them by the front door.

Jason found it funny that when I said she couldn't take all of her bags, she heard, you can't carry all of those. I think, perhaps, I should stop trying to carry all my grocery bags into the house at once in her presence.

The weather has been playing tricks on the season, masquerading as spring, swelling our sinuses and causing us to abandon our plans (or chores) in lieu of a blanket on a grassy patch of lawn and bare feet. I'm taking my lead from the weather, grasping these days with full fists and holding on tight until we must move on to the next growth spurt or house project or tumble in a pile of leaves.
Posted by kristin at 8:58 PM