We Can Do It! (Documentation, that is.) 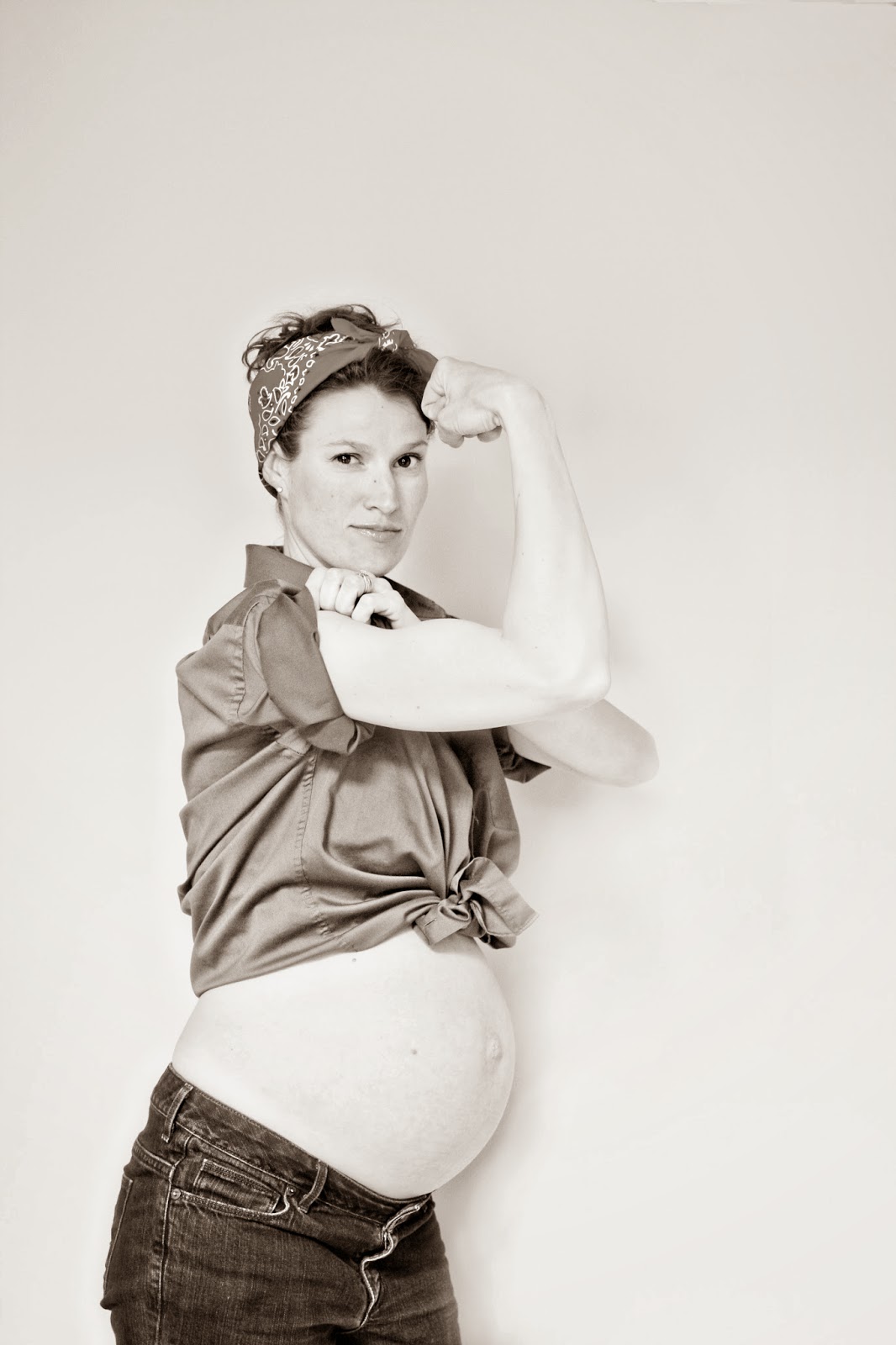 "The last pregnancy should be documented," my husband said shortly after we discovered we were going to be blessed with our fourth baby.  Okay, I agreed.  Then, in true Kristin-form, I did nothing.  Neither did he.  Apparently, neither one of us are too big on the actual work of documentation.

I would pause on friends' Facebook posts of their baby bumps, comment on their cute bellies, and think, "Oh yeah, I told Jason I'd document this pregnancy."  Then, I'd go back to living my day and never get around to hitting the "pause" button, or the shutter release.

But, then I saw Rosie - or someone's interpretation of Rosie, taken as a part of a pregnancy photo shoot.  I paused.  I laughed.  I messaged my talented photographer friend, Hilary, and asked for a favor.  She happily obliged.

A couple Sundays later, I got all "riveted up" in what Audrey called my costume (Jason's blue button-down shirt and a red bandana).  Hilary came over.  She laughed.  I paused in front of my yellow wall.  She hit the shutter release.  My crew came in to critique the shoot. 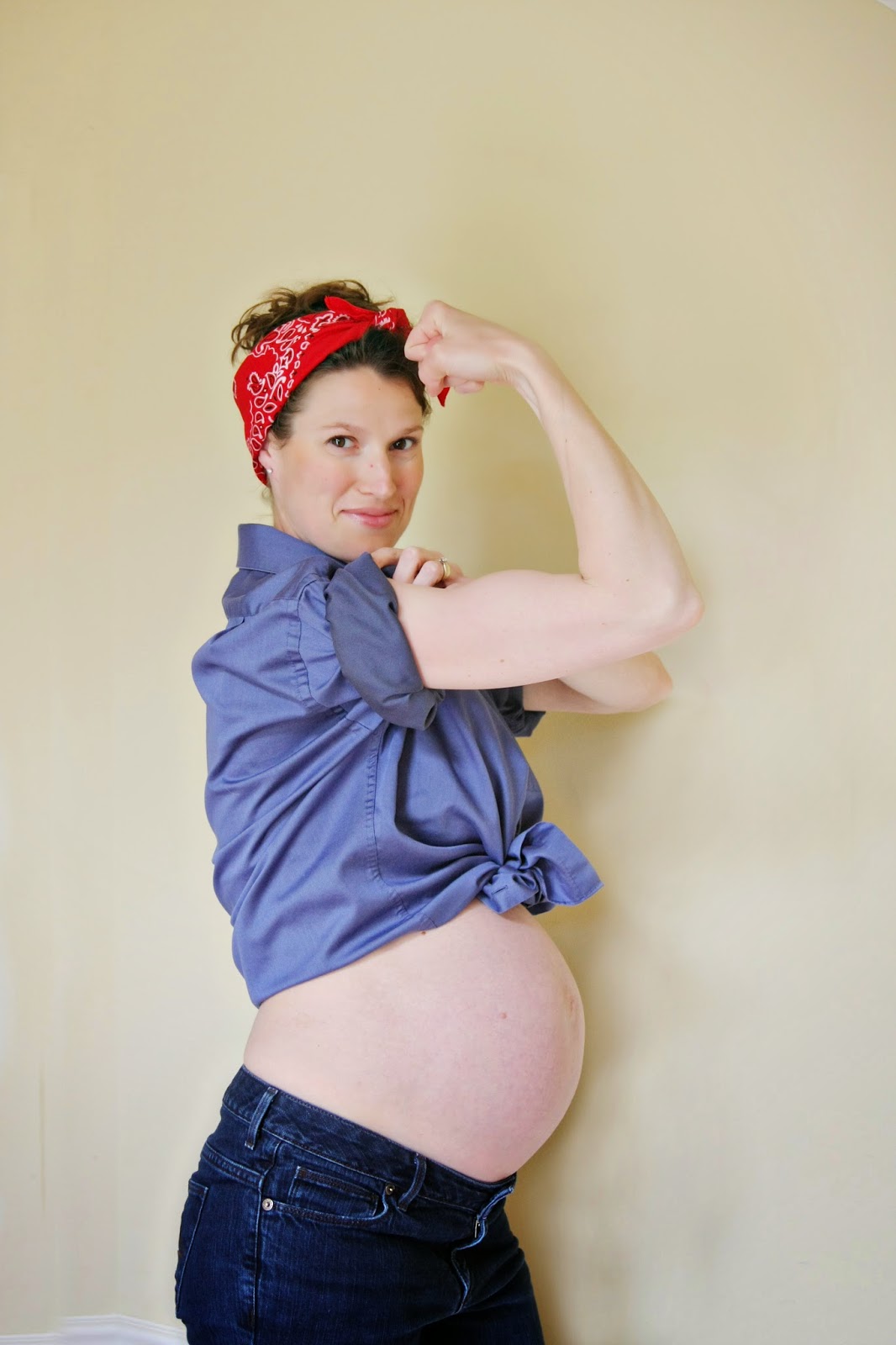 I looked like this.  Jason told me I needed to work on my mean face, as in, I needed to learn to grow a mean face because, apparently, I missed the day of school where they taught you to keep a straight, fierce face while letting your bicep bulge and your belly hang out. 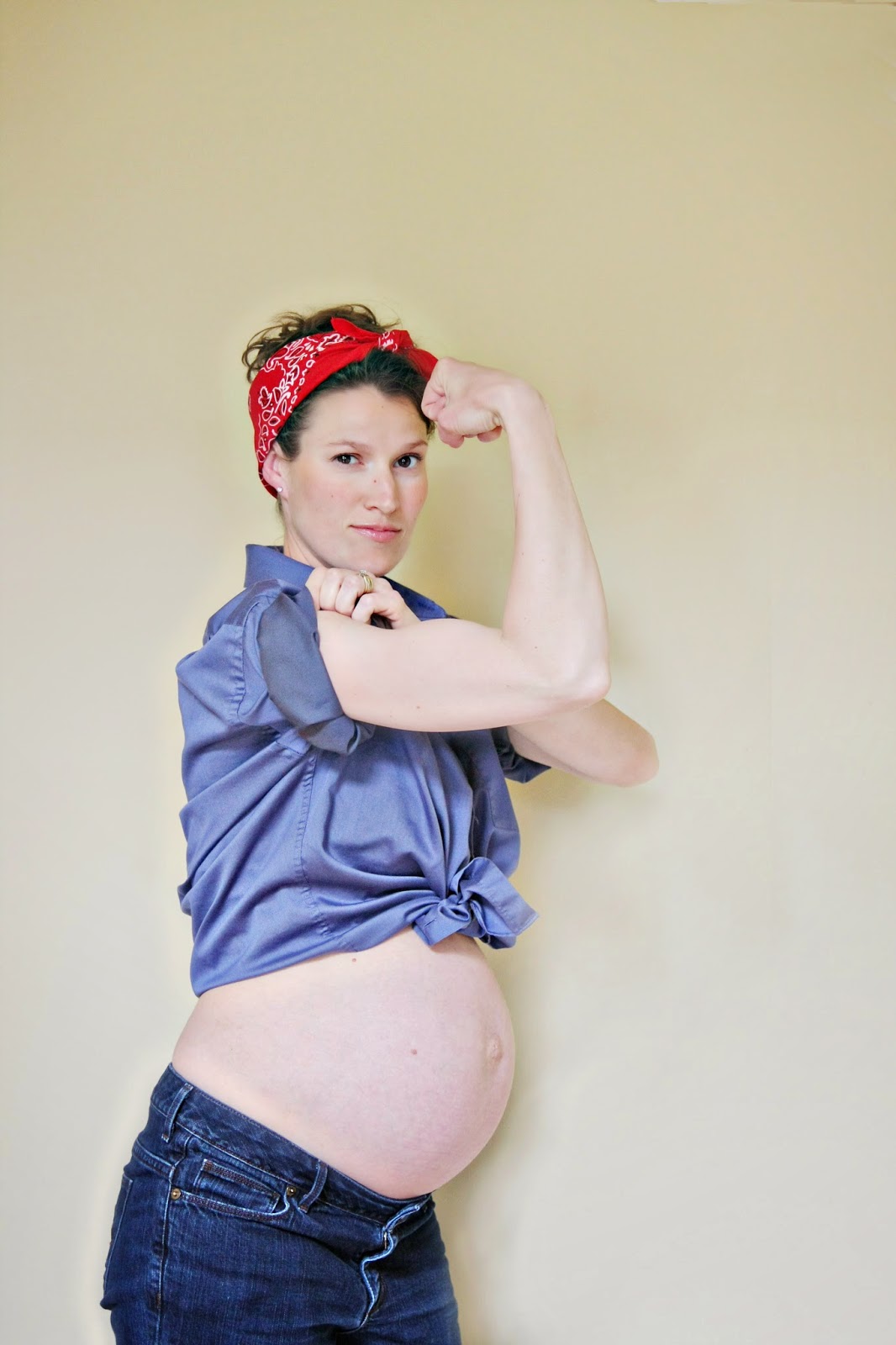 Some things take coaching.  It's hard to take oneself too seriously.  After all, I'm no rocket scientist.  I'm only growing a human.